Hailing from Philadelphia, retro-rock duo Drew & Luke have released their debut single Let’s All Sing Together, and it is already inspiring people around the globe. Drawing inspiration from classic rock artists such as The Beatles and Bob Dylan, Drew & Luke are bringing “music that matters” back to the light of the world.

During a time that will be remembered for generations to come, Drew & Luke are using their platform to call on others around them to create action and change for that of a better world. The song’s lyrics take the form of a letter, one that addresses people of all kinds, reminding them that we all have a role to play because “we’re all we got.”

Writing, recording, and producing Let’s All Sing Together themselves in their place of quarantine, they continue to push a message that music needs to have an impact on the world, and that impact can inspire action. With an infectious sound that urges listeners of all ages to sing and stand with one another, Let’s All Sing Together is sure to be a song that transcends even beyond this important moment in history.

Listen to Let’s All Sing Together by Drew & Luke below:

French electronic phenom, Agoria, released his first single in over a year today “Embrace”. A downtempo emotional ballad, “Embrace” nods its head to the best of classical electronica, like Boards of Canada and more, while wearing a modernized dressing that makes it able to live in a space crossing both worlds.

Featuring Berlin-based singer Phoebe Killdeer, the track provides the perfect sonic foundation for the vocal to float atop. A seeming departure from his older catalog, “Embrace” takes a step out of the sonic universe that Agoria has occupied through his career, while keeping one foot inbounds and not alienating his classical fanbase.

As usual, he seems to be heavily influenced by his sonic surroundings. To hear him say it: “It was falling apart but making beautiful noises! I recorded it and found the harmonies in the bleeps! A few days later, Phoebe called me saying that she had recorded her vocals at home with a random microphone, and asked if we should re-record it properly in my studio. I thought that we would never get the same sensuality and elegance in a second round, so we decided to keep it natural, and embrace the magic that sometimes just happens!”

“Embrace” is out today via Virgin Records. Stream below and keep an eye out for more music from Agoria soon.

LA-based artist Zhao just released a very nice track today titled Car, and it has a boy drivin’. A sweet and somber bop that encourages the light but inspired head nod, Zhao coincidentally has a sonic quality similar to Zhu, but different and unique in its own right. Sitting somewhere between an early 2000’s early R&B ballad and a 2010’s downtempo electro treat, the single seems to have the best of it all. Zhao has quite the pleasing head voice that gently sits atop his meticulous productions and alluring memories.

To hear him tell it:

“There’s a lot of dance tracks that coast along on a few phrases for imagery, but I wanted this to hit on something specific – like feeling responsible for the downfall of a relationship. A song where the person actually recognizes they fucked up, and knows the situation is irreparable. There’s no redemption in the end, the only consolation is the memory. We all carry moments like this around with us, and music has always been an outlet for me to ruminate and daydream – about myself, about things I’ve done, about what could have been.”

Stream Zhao’s ‘Car’ below and take a ride till the next one.

Fresh off two massive albums, Dirty South and Lane 8 have been up to some really impressive things as they both continue their musical odysseys. On Friday, Lane 8 released two stellar remixes of his hit single “No Captain” by Dirty South and Anderholm. Incase you forgot, No Captain was the lead single off Lane 8’s second studio album Little By Little which came out in January of this year. Hitting the coveted #1 spot on Hype Machine and charting on DSPs alike, No Captain sky rocketed to the top of tastemaker electronic music and showed fans what Daniel Goldstein had been working on for the months prior to its release.

Now, the single has deservingly received two beautiful remixes from Dirty South and Anderholm, and they’re almost as beautiful as the single we all know and love. Dirty South released his remix on the back end of his album XV which came out a few months ago, and Anderholm (an artist on Lane 8’s Little By Little imprint) followed up his mini-album via the label with this wonderful rework.

Stream both below, and keep an eye out for a full remix pack in October!

LOVER’s new bop “Eagle To The Prey” is one of the newest singles to grace my inbox this week, and its a sweet and silky exit to the summer as we ease into the cooler months. One of Sydney, Australia’s brightest shining stars, LOVER is also one of the newest signees to Mammal Sounds Records.

Personally known as Oliver Kirby, he recently moved into a house with a few of his talented artist friends whom he’s been collaborating with. He actually came together with two of his roommates, Tanssi & Oh Boy, to polish this new gem.

To hear him say it:

“I’d been working with my housemates Oh Boy & Tanssi, trying to find a production lane that was unique to me, and suited my song-writing style. This track in particular was a beat created from a guitar sample that Tanssi chopped up in Ableton, which we then looped and added a hip-hop drum overlay. I felt this was a new perspective to the types of beat I had previously written with, and it opened the door for me to write songs in a different way. We also spent a lot of time on different vocal takes and styles – trying to find the balance between an RnB vocal and a pop vocal approach. Once we were happy with the vocal takes, the mixing process started and from there mastering, all of it being done in the same room it was recorded and written in.”

Stream “Eagle To The Prey” below and keep an eye out for more content from LOVER and Mammal Sounds Records.

Christmas came early, it came this morning to be exact. My favorite electro-sax hero uploaded a video announcing this year’s fan-favorite GRiZMAS shows, to be held at The Masonic Temple in Detroit, Michigan. While I’ve never experienced GRiZMAS myself, it’s been the talk of the online communities in recent years. The Detroit-native has been known for his charitable efforts and specifically raising money for the underprivileged youth of his beloved hometown.

This year, the GRiZ live band will be making its much needed return to night one of the back-to-back performances at The Masonic Temple. The GRiZ live band was debuted last year via a massive unveil at Red Rocks in Denver. It was a magical night, one that deserved a follow up. While GRiZ’s full band has played out since then, it only makes sense that it presents itself once more for the holiday season in the city that’s closest to his heart.

The announcement this morning was presented via a proper GRiZ video. It was funny, it was silly, but most importantly very creative.  You always want to laugh at the stuff GRiZ puts online but have to respect the level of inventiveness that goes into everything he releases. Written and produced by GRiZ, phew…. I would have believed them if if they said a team of pros wrote this.

Catch the video below, and make sure to keep an eye out for tickets on Friday. They’ll be gone fast.

Nick Catchdubs adds a jazzy 90’s seasoning to this mix while Tabby brings it all together with her signature wavy tunes which have been gaining quick popularity in the underground New York scene. Although the original song is very different from the remix, this chilled-out track provides a complementary contrast to Anna Lunoe’s catchy song.

Together, Nick and Tabby make the perfect combo for the spicy renovation of this blazing song. If you’re ready for a funky and nostalgia provoking track, make sure to check out the “Blaze of Glory” remix by Nick Catchdubs and Tabby Wakes.

Today Haitian DJ/Producer Michael Brun released track ‘Spice‘ with Grammy nominated artist Kah-Lo. ‘Spice’ is a bass-centric track with 90s influence that’s sure to be your go-to track for the end of the summer.
Brun is a Haitian music icon that aims to bring attention to his hometown’s culture. Recently, TIME wrote a profile feature on him and his efforts to shine light on underrepresented groups in music. Similar to Brun, Kah-Lo is a Nigerian artist who draws influence from her hometown. She moved from Nigeria to New York to pursue her musical career and has gained mass-success in recent years. Her track ‘Rinse and Repeat’ with Riton has racked up over 42 million streams on Spotify and was Grammy nominated for Best Dance Recording in 2017.

These two are a musical match made in heaven and deserve to be heard. Listen to ‘Spice’ down below!

Three-piece Aussie outfit Crooked Colours have been on a roll lately. Earlier this month, the band released their newest single “I’ll Be There” by way of a premiere on FLAUNT Magazine. The single is a melodic masterpiece featuring the sultry vocals of lead singer Philip Slabber and backed up by instrumentalism by Leon De Baughn and Liam Merret-Park. Along with the single release, the band also announced a brand new headlining tour across the US. The tour stops in Los Angeles, San Francisco, Portland, New York, Chicago, and more.

2017 saw the band release their debut full-length LP Vera which received acclaim from Rolling Stone AUS, Triple J, Radio 1, Majestic Casual. The record propelled the trio to an even higher echelon, hitting #1 on iTunes Electronic and receiving over 30 million streams collectively across the internet. Now, “I’ll Be There” stands as the first offering from Crooked Colours’ sophomore LP due some time in early 2019.

There’s no telling when the album will arrive but it’s safe to say that Crooked Colours have a lot more amazing music on the way.

Catch Crooked Colours on tour and listen to “I’ll Be There” below. 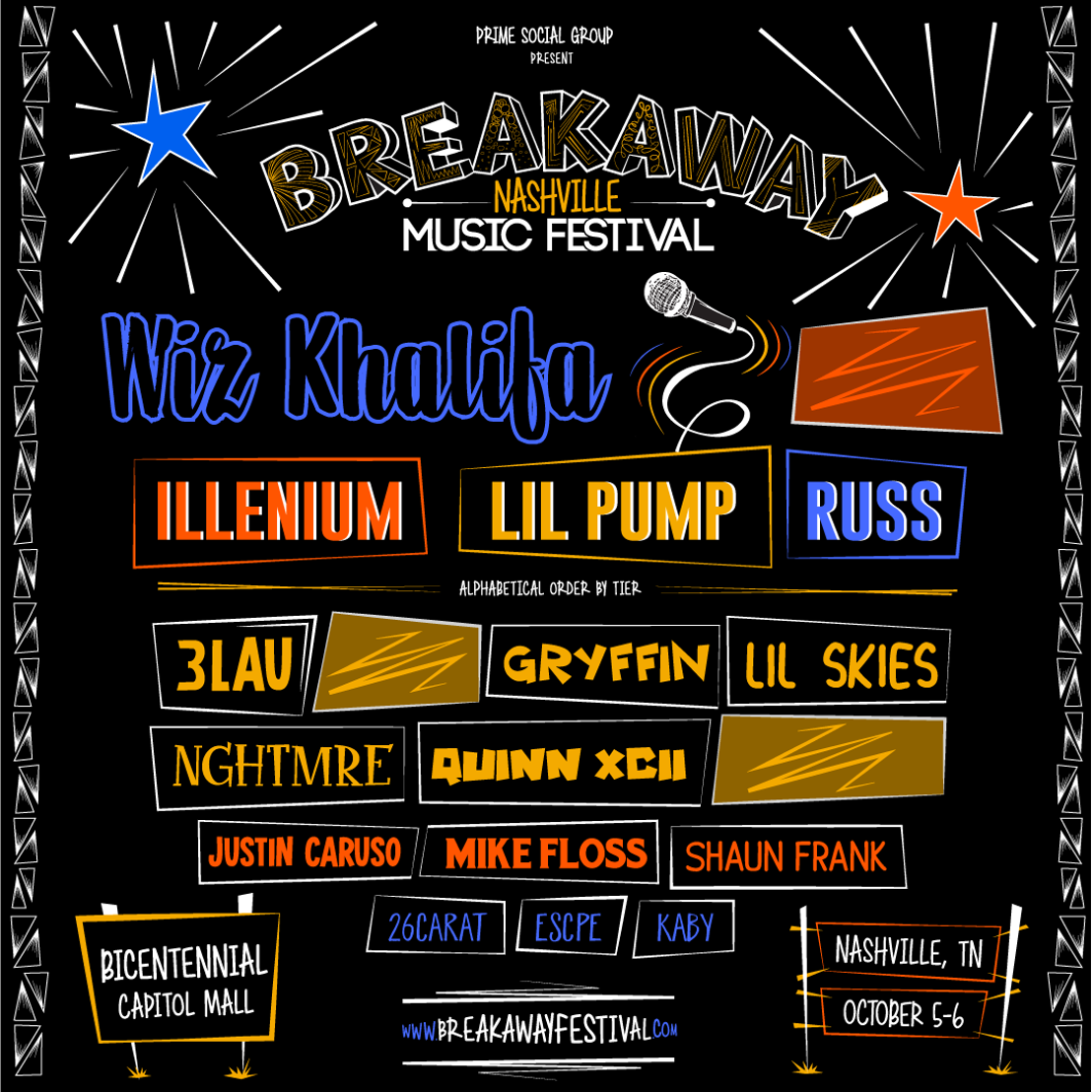