Today Haitian DJ/Producer Michael Brun released track ‘Spice‘ with Grammy nominated artist Kah-Lo. ‘Spice’ is a bass-centric track with 90s influence that’s sure to be your go-to track for the end of the summer.
Brun is a Haitian music icon that aims to bring attention to his hometown’s culture. Recently, TIME wrote a profile feature on him and his efforts to shine light on underrepresented groups in music. Similar to Brun, Kah-Lo is a Nigerian artist who draws influence from her hometown. She moved from Nigeria to New York to pursue her musical career and has gained mass-success in recent years. Her track ‘Rinse and Repeat’ with Riton has racked up over 42 million streams on Spotify and was Grammy nominated for Best Dance Recording in 2017.

These two are a musical match made in heaven and deserve to be heard. Listen to ‘Spice’ down below!

Three-piece Aussie outfit Crooked Colours have been on a roll lately. Earlier this month, the band released their newest single “I’ll Be There” by way of a premiere on FLAUNT Magazine. The single is a melodic masterpiece featuring the sultry vocals of lead singer Philip Slabber and backed up by instrumentalism by Leon De Baughn and Liam Merret-Park. Along with the single release, the band also announced a brand new headlining tour across the US. The tour stops in Los Angeles, San Francisco, Portland, New York, Chicago, and more.

2017 saw the band release their debut full-length LP Vera which received acclaim from Rolling Stone AUS, Triple J, Radio 1, Majestic Casual. The record propelled the trio to an even higher echelon, hitting #1 on iTunes Electronic and receiving over 30 million streams collectively across the internet. Now, “I’ll Be There” stands as the first offering from Crooked Colours’ sophomore LP due some time in early 2019.

There’s no telling when the album will arrive but it’s safe to say that Crooked Colours have a lot more amazing music on the way.

Catch Crooked Colours on tour and listen to “I’ll Be There” below.

Today, Brasstracks, dropped the final installment of their newest 6-track EP, ‘For Those Who Know Pt. II.’

The EP features collaborations with Robert Glasper, Xavier Omär, Thirdstory, S’natra and vocal support from Abbey “YEBBA” Smith.” This is the third project that Brasstracks have released in their blossoming career, following up ‘For Those Who Know Part I’ and their first headlining tour last year.

Brasstracks’s blend of hip hop production and danceable R&B, provides an authentic take on trap music with unique horn instrumentation and soulful vocal hooks. The newest project follows their journey over the years and introduces singles such as “Stay There feat. Xavier Omär,” and ‘Too Far Too Fast feat. Thirdstory.”

In September,  Brasstracks will start their ‘For Those Who Missed it‘ tour, and stop at seven locations on the west coast finishing at Life is Beautiful festival in Las Vegas.

Stream ‘For Those Who Know Part II‘ here.

The pack contains over 4500 unique and high-quality sounds ranging from world instruments, various sound FX, to punchy drums. KSHMR’s exclusive release on the subscription-based site known as Splice, accompanies his popular Volumes 1 & 2, which were some of the most downloaded packs ever released on the platform.

Splice is used by 1.4 million users, which allows producers to download samples, presets, plugins, and share projects for collaboration over the internet.

NYC-based producers Brasstracks, just released a hot new single, “Too Far Too Fast feat. Thirdstory,” from their forthcoming EP, ‘For Those Who Know Part II.’

The romantic summer ballad shows a soulful side of the production duo’s style with refreshing funk and R&B influences throughout. Brasstracks bring a freshly innovated sound of minimal horn-work in, “Too Far Too Fast,” which fuses the same groovy hip hop production reminiscent of their earlier work with Chance the Rapper on his 2016 album ‘Coloring Book.’

Pop trio Thirdstory, is also featured on the track carrying the song with their feel-good lyrics and catchy vocal hooks. The group may sound familiar from also working with Chance and touring with his band back in 2017.

‘For Those Who Know Part II’ is expected to drop on August 24th and will feature collaborations from Robert Glasper, S’natra, and Xavier Omär.

Check out the newest single below. 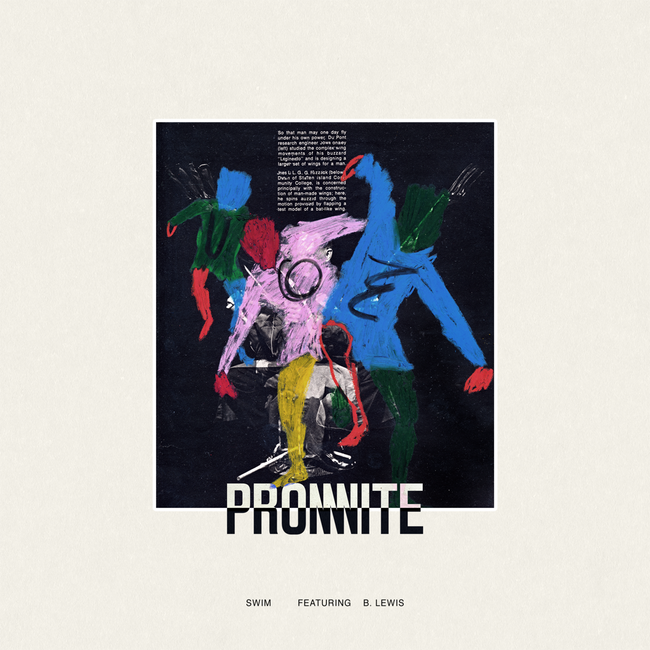 Ukrainian producer and newest This Never Happened signee, Anderholm, releases his mini album Flight Of The Sparrow, shortly after his collaboration with Lane 8. This album reflects the talents of this promising artist due to its inclusion of impeccable sounds which work together to deliver soothing and emotive chimes.

Anderholm’s unique production experiments with salty and sweet melodies to distribute savory auditory fabrics through his weaving of pink and white noise with the already bustling acoustic environment. Additionally, the flourishing melodies and affective basslines allows for this adventurous producer to fill in the space generally occupied by vocals.

Throughout the album, Anderholm projects a continual relaxing ambience perfect for a mind cleansing break. However, with his last song in the album “Room 89,” he picks up the mood to transport the listener to an optimistic destiny, serving as an upbeat sign off.

‘Flight Of the Sparrow’ is Anderholm’s 3rd release though the label This Never Happened, allowing him to get a peak into the sphere of extended play releases. This enterprising musician’s elegant release leaves cravings for what musical innovations are to come.

The first ever AMF (All My Friends) festival will be taking over ROW DTLA in just a few short days and we couldn’t be more excited. Music festival pioneer and DJ extraordinaire Gary Richards has put together a stellar lineup including RL Grime, Jamie XX, M.I.A and many more. Set times have just been announced (which you can see below) and a limited number of tickets are still available here.

If you were ever a fan of the HARD events that Gary used to produce, then you owe it to yourself to come out and support what will surely be the next great event brand in LA.

Our friends from DOLA are also giving away a pair of tickets so be sure to enter that contest right here.